About the Kentucky Documentary Photographic Project

The Kentucky Documentary Photographic Project is a visual record of Kentucky from 1935 to 2055. Building upon the success of the work of the Farm Security Administration (1935–1943) and the original Kentucky Documentary Photographic Project (1975–1977), this iteration will be the third time in an eighty year period that photographers have roamed the state recording the landscape and how Kentuckians live, work and play. After successfully completing this third iteration, Bob and Ted will lay the groundwork for younger, as yet unchosen, photographers to keep the Project alive and produce the fourth iteration in 2055. 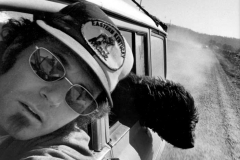 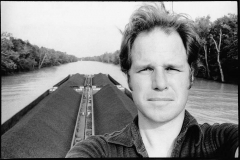 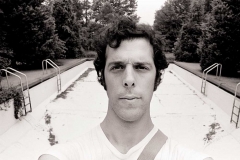 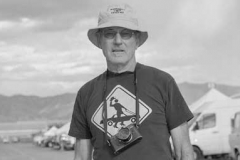 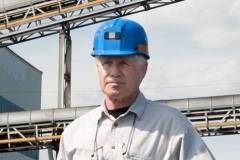 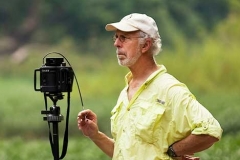 Bill Burke was born in 1943 and received both his BFA and MFA in Photography from the Rhode Island School of Design. His works are in many museum collections including The Metropolitan Museum of Art and the Museum of Modern Art in New York, the Los Angeles County Museum of Art, the J. Paul Getty Museum, the San Francisco Museum of Modern Art, the Smithsonian American Art Museum, the Museum of Fine Arts, Boston and many others. Burke received five National Endowment for the Arts grants, and a John S. Guggenheim Fellowship. After The Kentucky project, Bill concentrated his photographic efforts in Indochina for the better part of 20 years. A number of books came out of his time in Asia: I Want To Take Picture, Mine Fields and Autrefois Maison Privée. Most recently, Bill completed a project entitled DESTRUKTO which pokes fun at the contemporary art scene while paying tribute to Hunter S Thompson, Ant Farm, Andy Warhol, and Robert Capa. He lives in Dorchester, Massachusetts where he is an instructor at the School of the Museum of Fine Arts in Boston.

Bob Hower is a Louisville photographer who was born in Boston in 1947. He graduated from Middlebury College in 1968, and studied photography at both MIT and Harvard. He taught photography at Wright State University for four years and is a founding partner of Quadrant, a commercial photography studio located outside Louisville KY. His career includes two grants from the Ohio Arts Council and an Individual Fellowship grant from the National Endowment for the Arts. He was a photographer for the Kentucky Documentary Photographic Project during the mid-1970s, which was recently given a major retrospective exhibition at the Frazier History Museum in Louisville. His work is in the permanent collections of The Museum of Modern Art, The International Center of Photography, The Smithsonian American Art Museum, The Kentucky Historical Society, and The Boston Museum of Fine Arts, among others. His photographs have been exhibited at the Museum of Fine Arts in Boston, OK Harris, The International Center of Photography, the George Eastman House, The Speed Art Museum, 21c Museum, and the Frazier History Museum. A pioneer in color fine art photography, Bob is best know for his large format industrial landscapes and portraits. Bob is currently engaged with Ted Wathen and John Nation in photographing the creation of the Parklands of Floyds Fork in Louisville Kentucky.

Ted Wathen was born in 1947 in Louisville, Kentucky. He graduated from St. Xavier High School in Louisville, received a BA in history at the University of Virginia, and an MFA in photography from the University of Florida. Prior to receiving his MFA, Wathen was a naval officer serving on the U.S.S. Yorktown, and in-country South Viet Nam. Wathen founded the Kentucky Documentary Photographic Project, served as a principal photographer for the President’s Commission on Coal, and now serves as a partner at Quadrant, a Jeffersonville, Indiana firm that specializes in corporate, advertising, and architectural photography. His photographs are included in collections at the Smithsonian American Art Museum, the National Archives, the U.S. Department of State, and the Kentucky Historical Society; his exhibits include shows at The George Eastman House, The International Center of Photography, The White House and The Speed Museum. For the past twenty-five years, Ted has been concentrating on land and waterscape photography. During this period, Ted has staged the following exhibitions: Contemplating Lac Desert (Canadian waterscapes), San Rafael Suite (Southern Utah landscapes), An Olmsted Vision (landscapes from Louisville’s Olmsted parks), Bridges (the Ohio River Bridges at Louisville, KY), Rough Road: The Kentucky Documentary Photographic Project 1975–1977 and Coal–1979, Photographs for the President’s Commission on Coal. Ted is currently engaged with Bob Hower and John Nation in photographing the creation of the Parklands of Floyds Fork in Louisville Kentucky.